Growing up in the mild climate of the Bay Area, one thing we definitely missed was the dramatic turn from warm to cold weather signaled by the autumn foliage. It wasn’t until I visited the eastern Sierras in October of 2011 that I realized what I was missing. Needless to say, coming to Japan where both Autumn and Spring bring spectacles of nature that the entire country goes crazy over was an incredible experience for us.

To say that Japan is crazy over the changing autumn leaves is an understatement. Because cherry blossom season is so short in the Spring, popular places to view cherry blossoms tend to be packed with people for a short period of time. But because the autumn colors tend to last longer and experience a week or more at “peak colors”, the crowds don’t seem to be as intense, though the overall numbers probably match their Spring counterparts.

There are, of course, websites for tracking the changing leaves across the country. And this is a great thing because you wouldn’t want to trek out to a remote location only to find the leaves haven’t changed colors yet.

It just so happens that one of the best places to view autumn colors in the Saitama prefecture is a mere bicycle ride from our house. And a bicycle is perfect because during peak colors, the streets surrounding the location are a gridlock of cars searching in vain for a parking space. 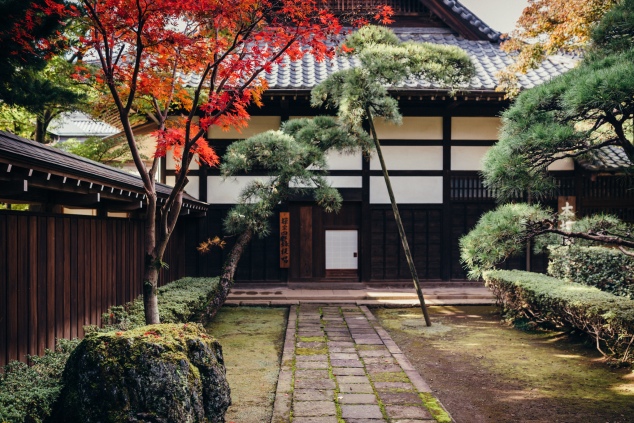 The location is the grounds of a Buddhist temple called Heirin-ji. The temple itself takes up only a small portion of the forest, but the leaves are best viewed against the classic backdrop of ancient Japanese architecture, as some of the buildings were built in the late 17th century. 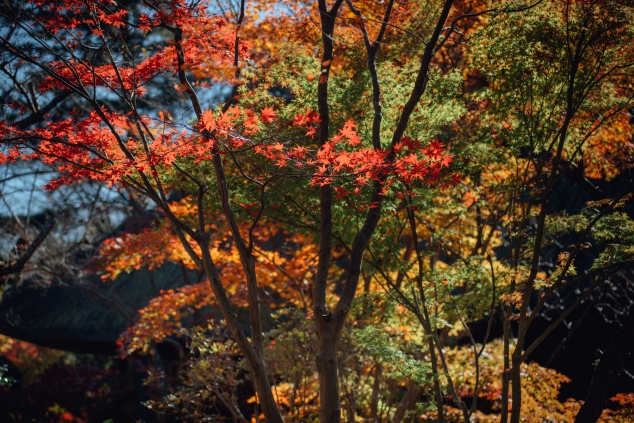 The rest of the space is a woodland preserve of the Musashino Forest, a rarity in such an urban environment. On a quiet day, one can walk seemingly alone through a stretch of forest and maybe catch a glimpse of a raccoon dog or other animal not commonly seen in the surrounding city. But there are no quiet days for walks during the autumn leaves season. Hundreds of people wander the park on weekdays and thousands on weekends.

Still, every once in a while when the crowds disperse for a few minutes, one can get the sense of standing beneath a tapestry of color only the mind of God could have created, breathing in the cool, earthy air and feeling the fall breeze on your face. And in that moment, a whispered “Hallelujah” might escape your lips because to witness autumn in Japan is a glimpse of God’s glory yet to come.

No words can really describe the beauty so I leave you with a few more photos to savor. 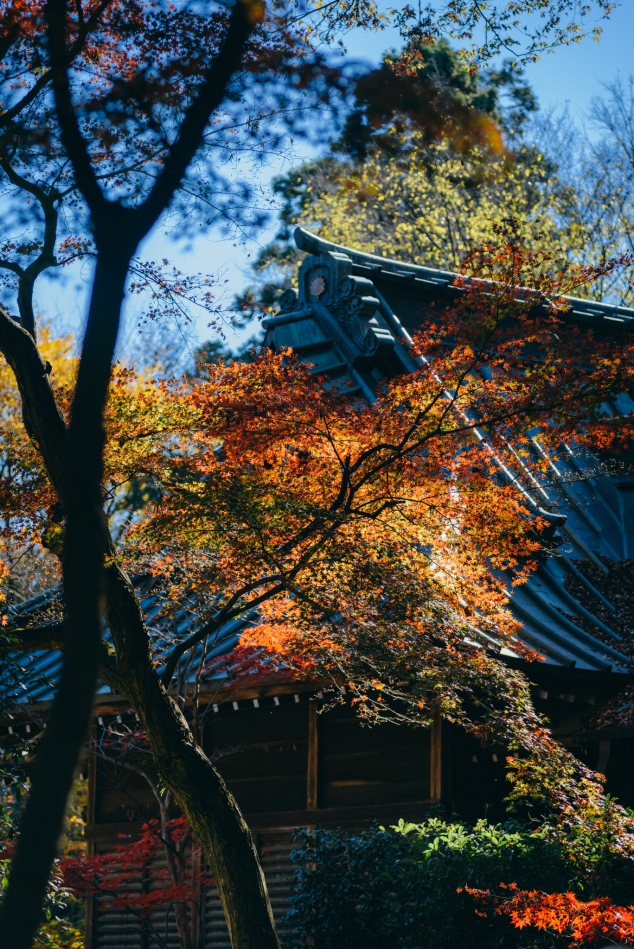 This past weekend, I celebrated my belated birthday by taking my family on a hike to nearby Takao-san. Due to our son’s sports schedule, most of our weekends in September and October were taken up attending high school sporting events, but as it turned out it was a blessing in disguise. November, particularly late November, is prime season for Autumn foliage and we were amazed at the spectacular show of God’s artistry in nature.

Of course, if we know November is prime season, you can imagine the rest of the residents of the Greater Tokyo Metropolitan area also know. Hiking Takao-san on a three-day Autumn weekend is like a quiet walk in nature with 50,000 of your closest friends. Fortunately, Japanese people are generally so polite and the environment so breathtaking, even the crowds are not a huge distraction.

Unlike California where the Fall seems to last for a week or two, the season stretches out from early October and continues into December here in Japan. Some places in Tokyo, the leaves have only begun to turn while other places (particularly north of Tokyo), the Fall colors have already come and gone. It’s wonderful to be able to enjoy the full season of Autumn in all its splendor before the reality of a cold Winter comes next month!