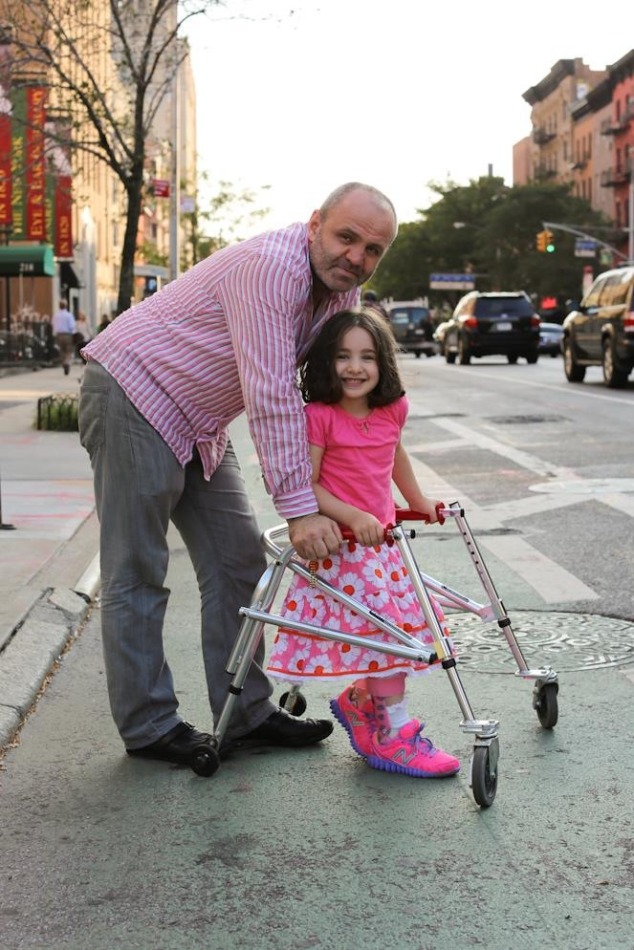 “We go to four appointments every week, but I don’t mind. She’s my blood.”

If you’ve never seen the blog, “Humans of New York“, stop reading this immediately and go check it out. Then you will be  able to count yourself among the over 1 million people who get a daily dose of inspiration from this photo blog.

If you grew up on the Left Coast like me, you might have some preconceived ideas about what a typical person from New York City is like, and frankly, that idea may not be so flattering. Brandon Stanton, the man behind the camera of HONY, has taken it upon himself to introduce us to the real citizens of New York City, one face at a time. Stanton claims his idea was to create a photographic census of New York City, and over two years later, he is still going strong and likely not in danger of running out of new subjects anytime soon.

Stanton, in all honesty, does not produce the most stunning portraits you’ll ever see. I’m sure he’d be the first to admit that, having picked up a camera only a few years ago as a hobbyist. But Stanton redefines the idea of “portraiture” by going one step beyond what a typical portrait photographer would do: he engages them in dialogue and quotes them in his work.

In the example above, you can see the love this father has for his daughter in his posture and expression. But through the caption, you hear about how much he loves his daughter and combining the image and the words, the emotional effect is exponential. Now, this relatively unremarkable image becomes burned in your mind as the unconditional love of a father.

It all seems so simple, but I can tell you as a photographer, taking the step to interact with a stranger on the street is very difficult. The act of asking for a photo is daunting enough, but to really engage a subject and ask semi-personal questions about themselves is risky, but Stanton is clearly rewarded with a peek inside the life of his subjects, a gift he passes on to us, his readers.

Stanton also seems to focus on the good in people, asking questions which allow them to reveal something good about themselves. It’s not a contrived kind of good, but a genuine glimpse of the heart of the person, at which point you realize that in every individual, there is something good about them. In age where it seem everything you hear is about the evil that men are capable of, this blog is such a refreshing breath of clean air.

I’m so inspired by HONY that I hope to work on a similar project when we move to Japan. Of course, I face language barriers that I will need to work on first, as well as cultural stigmas of  Japanese people not wanting to interact so intimately with complete strangers. Yet I am convinced that asked in the right way, Japanese people do want to say something important, meaningful, to an invisible audience of millions, and by doing so, maybe we can get to know them a little better.