Last month, a friend sent me a message asking if I had eaten at Ramen Nagi in Golden Gai. He must have realized that I spend a lot of time scouting out the best ramen shops in Tokyo for people who come to visit us. I know, the sacrifices I have to make…

Truthfully, I had never been to Ramen Nagi and I was a bit intimidated about eating in Golden Gai but it turned out to be a good experience. Like many places in Golden Gai, it looked a little sketchy from outside with a hand-scrawled sign in English over the door  (and misspelled at that) and a very steep and narrow stairway up to the restaurant. To be fair, if you can read Japanese, it does say Ramen Nagi, open 24 hours on the sign next to the door.

Once inside, you are seated at a narrow counter with about 12 seats. True to ramen culture, your goal is to eat your ramen as quickly as possible and get out to make room for the people queuing up behind you. Fortunately, I went very early so there were not many people waiting to be seated and I was able to take a few photos.

To be clear, Ramen Nagi is about the fish. The broth is famously made from dried baby sardines and the flavor is, well, sardine-y. If you don’t like sardines, you’ve come to the wrong place. Even the vinegar used to season your ramen is sardine-infused. 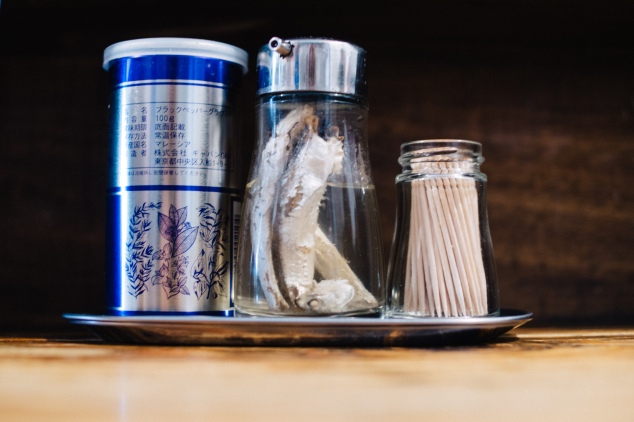 But Ramen Nagi has the mysterious Japanese umami flavor in abundance, and the soup never seems overpowered by fishiness, but rather a nice balance of the smoky, salty broth combined with the fish and nori sheets. The ramen itself is very thick and wavy, a technique used by ramen chefs who want you to really experience the flavor of the broth in every bite. Broth clings to wavy noodles and the thickness absorbs some of the liquid. 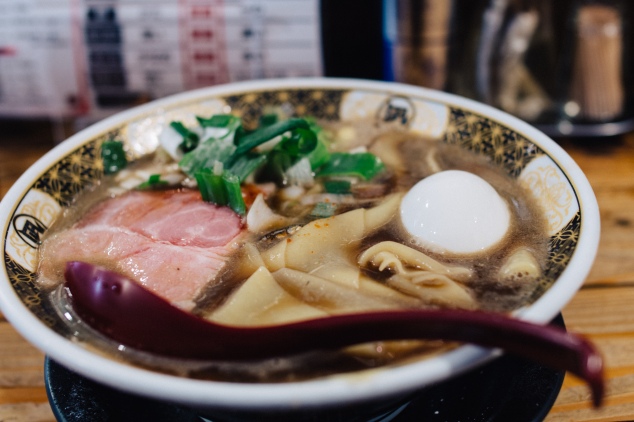 Given that Ramen Nagi is open 24 hours, it would be a great choice for those who miss the last train, voluntarily or involuntarily, and want a bowl of something delicious to see them through to daybreak.

As for me, it broke through my irrational fear of eating in Golden Gai and added another notch on my “best ramen in Tokyo” belt. 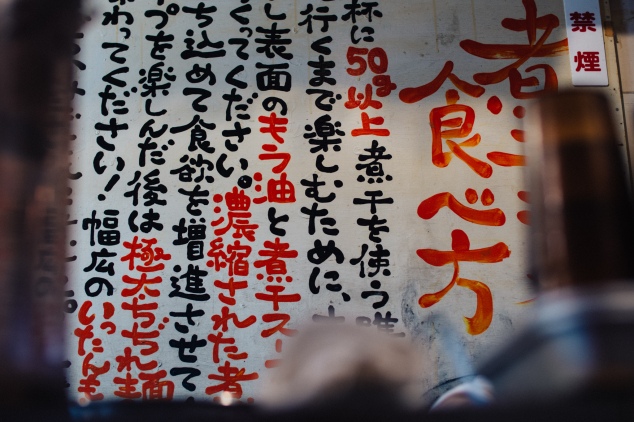