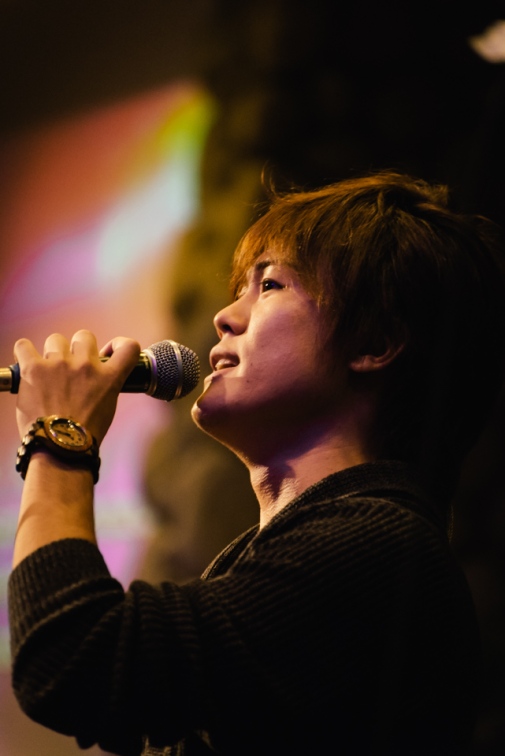 Over the next few days,  I will be posting about a few of my experiences during the Equipper Conference this week. There is really so much experience to unpack, I cannot possibly summarize it in a single post. If you’d like to hear more about my EC experience, keep checking back for new posts.

I must confess, I had no intention of attending the Equipper Conference this year. I volunteered as a driver and photographer, but if neither of my offers were required, I would just stay home and enjoy our last Winter break in America with my family. It wasn’t that I didn’t want to go to EC, but I thought to myself “We’re leaving for Japan in the middle of next year. Since the English track is focused on supporting Japanese students here in the US, there isn’t really any benefit to going just to learn about that.” Looking back, I can hear the selfishness in my perspective seeping out: what’s in it for me? 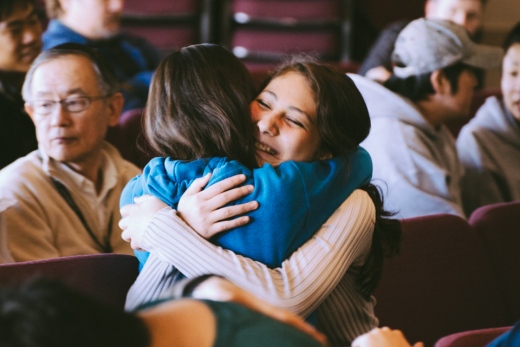 A moment of joyful fellowship at the Equipper Conference.

Fortunately, God had other plans for me. I was needed as both a driver and a photographer, so I attended EC for the first time without the rest of my family. It’s been years since I had to sleep in bunk beds with a room full of guys (and one bathroom) so I was a little worried about that. As it turned out, I had a great bunch of guys as cabin mates and since we were all in small group together, we were really blessed by each other’s company. Some of us were also able to share network connections with one another to help support each other’s ministries. God surely handpicked each of us to be in that cabin together. 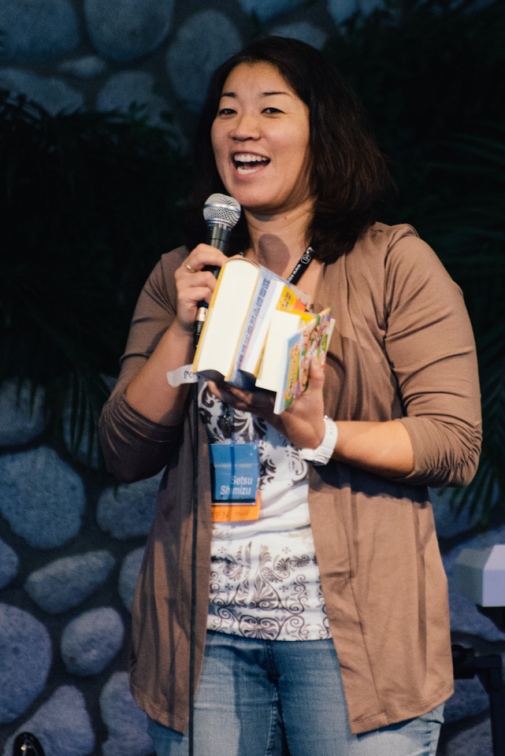 Setsu Shimizu has led the Equipper Conference many years and has been a mentor to many leaders in Japanese ministry.

One of the things that was hard for me attending EC in the past was the feeling of being an outsider. About 80% of the attendees are Japanese students and 90% are Japanese speakers (or they choose to speak Japanese as their primary language during EC). With my limited language capabilities, I rarely tried to strike a conversation with someone outside of the English track. Of course, it was all very silly since almost every Japanese person at EC speaks some English and most are pretty fluent. This year, I made it a point to sit at a different table for each meal and meet at least one new person. Some were Japanese and some were English speakers but God was able to use those times to introduce me to some amazing people, many of which I will see again in Japan or as we visit churches along the West Coast in search of ministry partners.

Worshiping God in the Japanese language.

The general program this year was, like every year, packed full of opportunities for God to work in the hearts of those attending. I won’t go into specific details but I was extremely blessed by the worship times. Seeing so many Japanese worshiping God with such passion never fails to move my heart. The Holy Spirit was certainly moving throughout the conference. At least two students that our small group prayed for accepted Christ during the conference.

Prayer is a critical behind-the-scenes aspect of Equipper Conference.

Another aspect of the conference which I get to notice as a photographer but most people wouldn’t see is how much prayer goes on during the conference. The prayer team is praying constantly, often in the back of the room or in the prayer room, out of view from the attendees. This team is such an inspiration to me to remind me how critical prayer is when we are asking God to do something awesome like transforming people’s lives.

If there is one thing that sticks out in my mind, it was during the men’s breakout group when our speaker Kuni Onishi kept telling the group that their generation is going to bring revival to Japan. As I looked around the room and saw the passion and determination on the faces of these young men, I sensed God confirming the truth of Kuni’s words. Japan is finally ready to receive the gospel and God is raising up a team of young Japanese Christians who are passionate to expand His Kingdom. 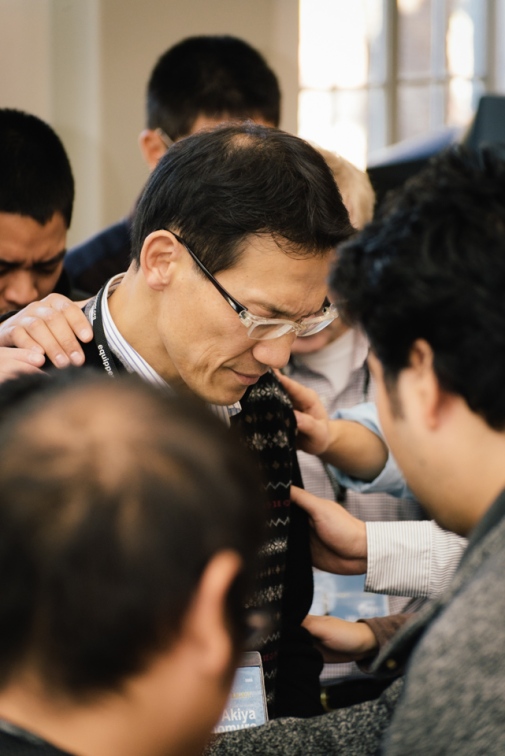 I would also like to believe that God brought me to EC not just to be blessed but to be a blessing. I can’t go into a lot of detail here but I did have many opportunities to pray with and for people, including several of the students, some of whom received Christ during the week. I had a short time to collaborate with a Japanese pastor in Tokyo who desires to reach young people in his city. I got a small taste of what ministry in Japan might be like and that taste was sweet.

I’m sad that I probably won’t be able to attend EC again for a while, but who knows? I didn’t intend to attend EC this year and God brought me anyway. If I can be a blessing to others and God can provide a way, perhaps we can come from Japan again to bless and be blessed by EC.

Celebrating the New Year at the Equipper Conference

Though much of the preparation for going to Japan centers around sharing with others about what we will be doing,  remembering to continue to take the opportunity to learn about ministry in Japan is also important. To that end, I will likely be attending the Equipper Conference in Southern California next month.

The Equipper Conference or EC, is a conference put on by Japanese Christian Fellowship Network (JCFN), an organization which serves overseas Japanese Christians who will be returning to Japan. There are many issues Japanese people face when returning to Japan from living overseas, but when Japanese also become Christians overseas, there is a whole new dynamic of difficulty introduced. What is it like to live as a Christian in Japan as opposed to America? How do I find a good church or fellowship when there are so few Christians in Japan? How do I discuss my faith with my family and close friends?

The Equipper Conference is geared to “equip” Japanese students, many new in their faith, for their lives when they return to Japan. It helps them build a network of new friends who live in their areas. JCFN also works with churches and fellowships in Japan to find appropriate churches for students returning to Japan.

For me, it’s a great opportunity to gain insight and empathy for the challenges Japanese Christians face in their daily lives. Japan Christians aren’t persecuted by the government, but being such a small minority in Japan, they do face “cultural persecution” for having a different cultural outlook than most Japanese people. There is also “social persecution” from family and friends who sometimes have a negative view of Christianity or religion in general.

If I can be used as an encouragement for a young Japanese Christian living in Tokyo, I would love the opportunity to do that. Over the past few years, we’ve had a number of Japanese students pass through our home for English conversation groups whom we have adopted as part of our family. I know very well what a challenging time college and post-college is to deal with and I empathize especially with Japanese students who face extreme pressure to complete college and find a good job. It’s also a great opportunity to teach young Christians to be active in their faith though Japanese society would rather that they would keep it to themselves. In fact, the theme of EC this year is “Salt and Light: Blossom where you’re sown.”

I had not intended to attend EC this year (though I’ve attended a couple of times in the past few years), but God has other plans, as is often the case. A friend shared something on Facebook a couple of weeks ago that perfectly describes what we feel like we’re going through right now. It said something to the effect that we are always trying to have “face-to-face” time with Jesus but perhaps what we need is more “face-to-back” time. Because when we’re looking at Jesus’s back, we’re following Him.