Two weeks ago we completed our third English Summer Camp in partnership with Redwood Community Chapel of Castro Valley, California and Rikko Kindergarten here in Nerima. Over 300 children were signed up to come and about 270 participated this year, about 70 more than we had last year. Perhaps most encouraging was the number of children who came for 5 or 6 days of the program rather than 2 or 3, as was frequently the case in the past two years. 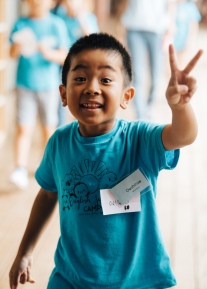 As usual, we had our share of obstacles leading up to camp again this year, and while we recognize that as a sign of opposition from the enemy, I am also meekly aware of how little faith I have. Because God has always come through and almost always in ways that are better than we could imagine.

In past years, our team from California stayed on-site at the Kindergarten in the dorms, but we were unable to get rooms this year. And very late in planning, we also learned that our access to the school would be limited to business hours, another major change from prior years. On the surface, both changes seemed like huge inconveniences to the team and I was extremely frustrated. But not only did God work things out so there weren’t any major inconveniences, the living and eating arrangements actually worked out for the better this year.

Another disaster with our camp shirts was narrowly averted when our partners found a company willing and able to print our shirts overnight after our original order from another company was lost in transit.

For the second year in a row, we also had a typhoon on track to hit Tokyo during the week of English Summer Camp, but even the typhoons bow to the Maker of heaven and earth. The typhoon passed in the wee hours of the morning and had little impact on our program schedule except a minor delay.

Beyond that, things went so smoothly it was as if it were on rails. Volunteer signups picked up the few weeks before camp and we had plenty of helpers including an army of people from church helping with the registration rush on the first day. They were so effective, there wasn’t a registration rush at all, and kids were ready to go right on schedule. 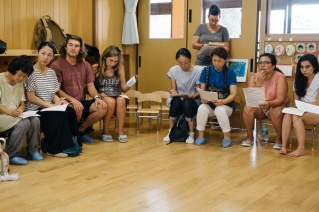 But lest we be Marthas instead of Marys, logistics aside, this was an amazing week for us and the children who participated. We were thrilled to teach the children songs reminding them “Our God is a great big God and He holds us in his hands” and “What great love the Father has given us that we should be called His children.” It gives me such joy to think that one day when these children need to know that God is real and He loves them, they will already have these words planted in their hearts. 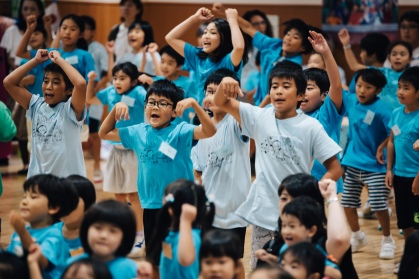 Most importantly, the children (and by extension, their families) spent a week experiencing the love of Christ through our many Christian staff and volunteers. We continued to build upon the relationships we have with some of our special friends who have now known us for two years. They know who we are and are learning, step by step, WHY we are. That because of God’s mercy through Jesus we can try to love others as God loves us. And we hope the more time they spend with us, the more they can confirm the truth about God’s love for us and for them.

The best news is that plans are already in place to continue this ministry, next year and beyond. As these children grow up with the Word of God planted in their hearts, we will develop ministries to help them deepen their understanding of the gospel. But for now, we are patiently planting, watering, and loving what the Lord has entrusted to us.

One thought on “Reflecting on English Camp, Year Three”